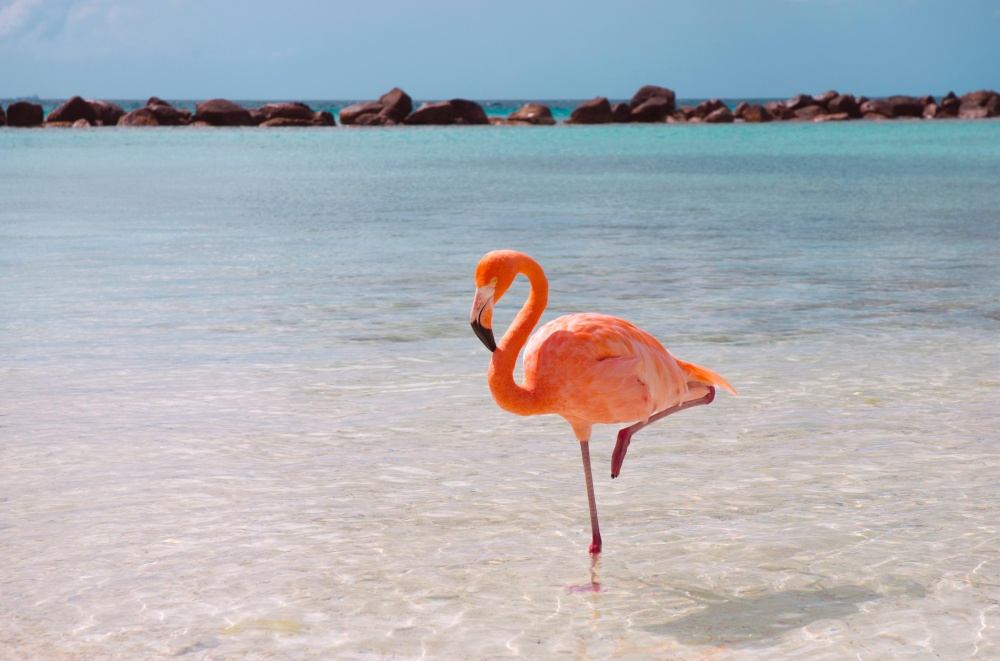 Let’s get out on a sunny grassy meadow, to the hall or just somewhere, where is enough space and play this easy motion game – The Flamingo fight. It’s also possible to organize as a big competition which will have a winner out of a big group of players.

Exactly as a Flamingo on the photo above the competitors stand opposite each other in a circle.

The players pick one leg of their choice on the ankle and put it back. (Calf pressed at the back of the thigh). This way the players take their positions at the game circle.

When the game is started by sign that was agreed before, all the players have a clear task – to stay standing on one foot longer than the others. One can try to distract the other, so they would lose the balance and step down with the other foot, however the only physical contact allowed is just by the shoulders!  It’s not allowed to push or touch any other way.

The second way to win is to make your opponent step out of the given circle – who is out of the circle loses.